A longtime friend of Tracey Boakye, Gloria Kani has finally come out to reveal the secret identity of the 29-year-old actress’s baby Dadddy.

Tracey’s troubles begun after engaging in an online tug of war with MzBel, which saw both parties trade insults and levy accusations against each other on social media. During the fight, it came to light that Tracey was hiding the secret identity of his baby’s father because he was a prominent and well respected man in the country. Many people begun to suspect and speculate that former president John Dramani Mahama was the father. Both Mzbell and Tracey had campaigned for Mahama in the 2016 elections and some users on social media suspected that he may have dated them both. Tracey has however stated that there in no way she and Mzbel can ever date the same guy, because she is not her level.

The straw that broke the camel’s neck for Tracey was when her longtime friend and fellow NDC campaigner Gloria Kani took offense to one of her social media rants, and decided to tell all. Gloria revealed that Tracey has been blackmailing the former president by telling him that her child is his. Because he believes Tracey’s child is his, Mahama furnishes Tracey with money, cars and whatever else she needs.

The real father of Tracey’s child according to Gloria is a man named Nana Osei Kwame Obrempong, who either connived with Tracey to extort money from the former president, or simply isn’t away that he has a child.

Here’s a picture of the alleged baby Daddy and Tracey together: 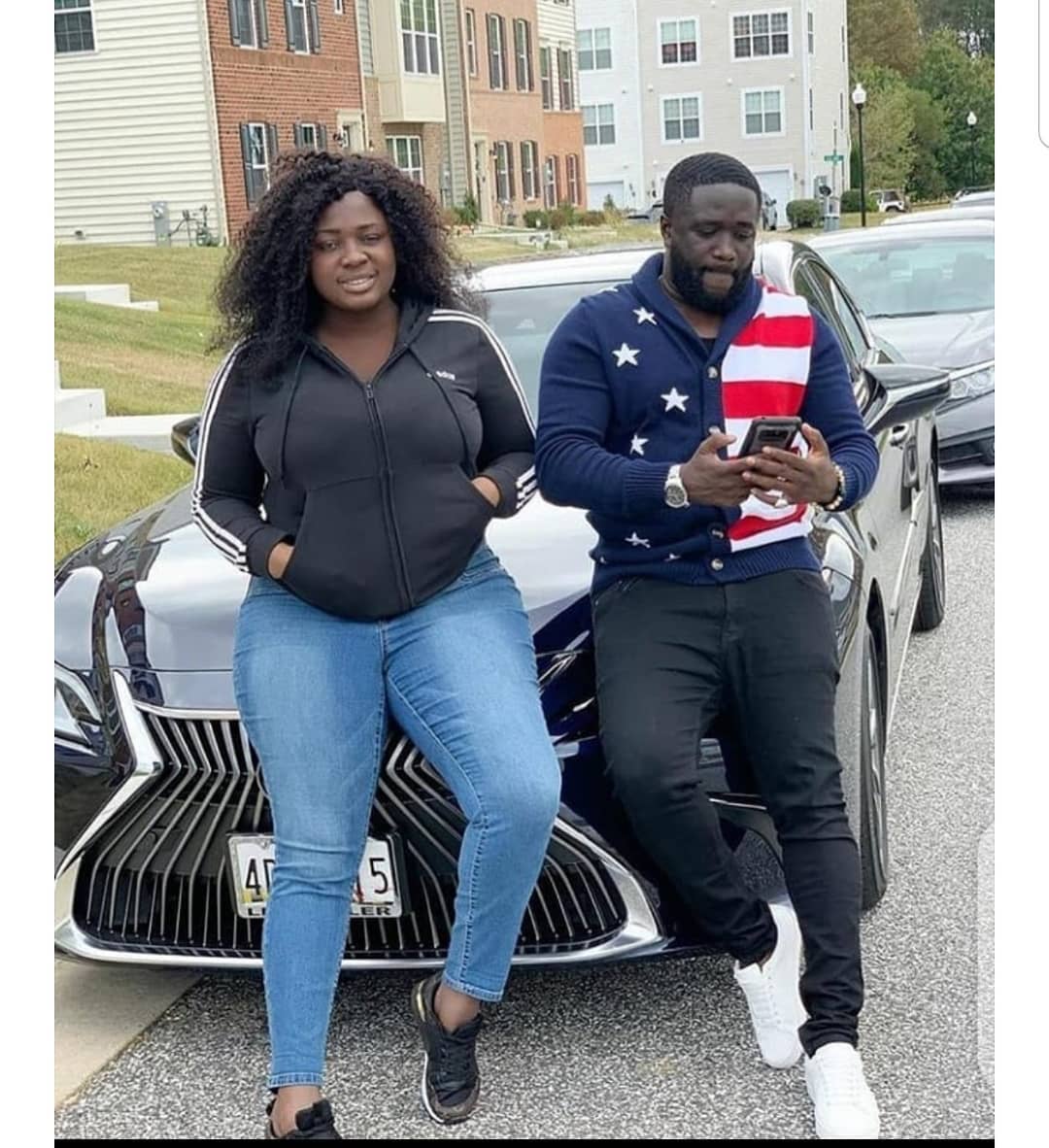 Tracey Boakye is yet to respond to the allegation; which is a bit out of character for her, considering how quickly she reacted to Mzbel’s jabs and the Film Producers Association of Ghana; who have suspended her due to her behavior on social media.